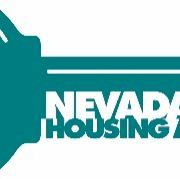 At the junction of U.S. Routes 6 and 95 – and approximately midway between Las Vegas and Reno – is Tonopah, Nevada. The Nye County seat, Tonopah has a population of approximately 2,500 people and a median income of $39,000. According to the American Community Survey, up to 42% of Northern Nye households are rent overburdened (paying more than 30% of annual income toward housing costs), indicating a need for affordable housing in the area.

Nevada Rural Housing Authority (NRHA) addresses the housing needs and enhances the quality of life throughout Nevada’s 15 rural counties and the rural portions of Clark and Washoe County. As a quasi-governmental agency, NRHA receives no allocation of funds through the State budgeting process, simply the mandate to address rural Nevada’s affordable housing needs. NRHA’s jurisdiction extends to any Nevada city or town with a population of 150,000 or less.

Collectively, NRHA owns twelve affordable housing developments located throughout rural Nevada. Two of these properties, Belmont and Desert Apartments in Tonopah, were recently acquired and rehabilitated by NRHA. This award submission aims to highlight the acquisition, financing and rehabilitation work done for the Desert property, specifically, as it faced extraordinary challenges – challenges NRHA was ready and willing to tackle head on with innovative strategies.

The Desert Properties project entailed the acquisition and rehabilitation of two adjoining USDA-RD subsidized housing developments totaling 56 units. The Section 515 properties, Desert Family and Desert Elderly, share a parcel and consisted of 14 two-story buildings built in 1982. Fifty-two of the 56 units received Section 515 project-based rental assistance, and continue to do so, post rehab. The properties are adjacent to the USDA Section 515 property Belmont Apartments, which was rehabilitated simultaneously with Desert Family and Desert Elderly Apartments as separate financing. The larger plan for both complexes also included a new community building (formerly “Twila’s Pack and Tack”) and common area laundry facilities constructed between the two properties, which are now available at both properties through a shared use agreement. The rehabilitation work aimed to address capital items to preserve and extend life; bring units up to modern standards; increase energy efficiency; increase site security and marketability; and address site accessibility deficiencies.

Market Demand and Benefit to the Community

Between 2010 and 2013, the median household incomes in Tonopah decreased by 29.6%. Meanwhile, multi-family unit rents were an average of $63 per month higher than the rest of rural Nevada. According to the American Community Survey, up to 42% of Northern Nye households are rent overburdened. Additionally, the study found a great need for senior-specific housing: “Between 2013 and 2018, the largest increase among households age groups is projected to be among those between the ages of 65 and 74. Household growth is also occurring at a rapid rate among households age 75 to 84 and 85 and older, indicating an increasing need for senior-specific housing in the market.”

The rehabilitation of The Desert Properties will prolong the life of these valuable apartments and will renew the USDA-RD subsidy to allow the developments to serve the most at-risk and lowest income residents in Tonopah for an additional 50 years.

Meeting the Needs of Tenants

The Desert Properties were built in 1982 and share a parcel, with approximately 2.00 acres allotted to the elderly property and 2.04 acres allotted to the family property. Desert Elderly contains 20 one-bedroom units (627 SF) in five two-story buildings. Desert Family consists of 12 one-bedroom units (627 SF) and 24 two-bedroom units (797 SF) in nine two-story buildings. The Desert Properties serve households with incomes at or below 50% of area median income.

Prior to rehabilitation, the units had extreme deferred maintenance, relatively no improvements or upgrades from when the units were built. All site amenities were worn or damaged by tenants or weather and the general overall appearance of the property was tired and a prime target for a rehab tax credit project.

● 2 units remodeled to be fully accessible

The project financing for The Desert Properties is key to why this project deserves recognition. The Desert Properties financing included nine sources, and was challenged by a ticking clock and a government shutdown. Additionally, simultaneous acquisition and rehabilitation of the set of properties (Desert and Belmont) allowed for a more cohesive site layout and improvements to parking, site and recreational amenities, including a joint management office. Simultaneous projects also allowed NRHA to be more efficient considering Tonopah’s remoteness – Nevada already suffers a shortage of construction labor, and being able to tackle both projects at the same time drove efficiencies and savings that would have otherwise not been possible. NRHA felt it critical to do the two projects at the same time.

The total project budget for both properties was approximately $14 million, with The Desert Properties’ development budget coming in at $9.6 million (see full Sources & Uses document attached). The Belmont Properties financing included four sources, including the 9% LIHTC.